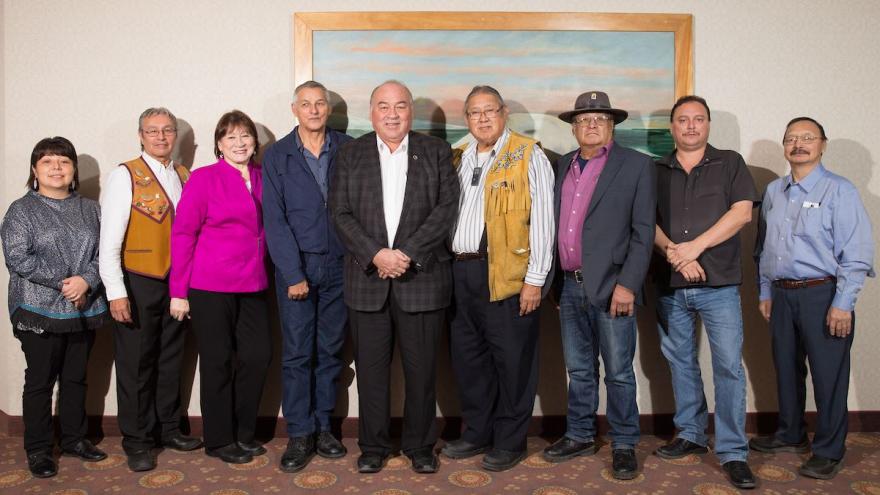 YELLOWKNIFE (October 21, 2016) – The Government of the Northwest Territories (GNWT) and the Aboriginal government partners to the Devolution Agreement met today in Yellowknife at the third annual meeting of the Intergovernmental Council.

At the meeting, leaders discussed their willingness to work together on putting in place systems and processes for the management of lands and resources.  They specifically spoke about the work being undertaken by the GNWT at the Intergovernmental Council and agreed to develop a collaborative process to amend legislation flowing from Devolution to address the management of public lands and waters.

The partners also discussed how the benefits are beginning to flow to the Aboriginal governments as a result of resource revenue sharing.  Under the Devolution Agreement, the GNWT committed to share up to 25% of its resource revenues with Aboriginal governments who have signed-on as partners.   To date, for 2015-2016, the GNWT has disbursed a total of $5,867,266.22 to its partners.

A key feature of the Devolution Agreement is the establishment of an Intergovernmental Council to allow the public and Aboriginal governments to cooperate and collaborate on matters related to lands and resource management.
The Council is established by the Northwest Territories Intergovernmental Agreement on Lands and Resources Management.
The Intergovernmental Council allows governments to share ideas, discuss common priorities and interests and also explore ways to coordinate their respective land and resource management practices, share capacity and avoid duplication.
For more information, please visit http://www.igcnwt.ca/